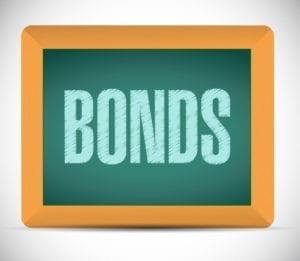 Immigration arrests have been climbing recently. In 2017, the U.S. Immigration and Customs Enforcement department made 143,470 immigration-related arrests. In the first 100 days of the new Trump administration, these arrests climbed nearly 40% from the previous year.

The political arena is a volatile climate, meaning that immigration laws not only change often, but they change quickly. Considering the many immigration-related Executive Orders signed into effect in 2017, it’s important to know how immigration bonds work.

If you or a loved one has been detained and are looking for an immigration bond, let this guide steer you in the right direction.

While bonds for other legal situations are pretty straightforward, immigration is a little more complicated. Anyone who has immigrated before knows how convoluted the process can be.

This is a federal bond that is also called ICE Form 1-352. Whether the detained individual has a Green Card or not, they’ll need an immigration bond to be released from detention.

Before you know what kind of immigration bond you need, you have to understand the two different types.

If you or your loved one hopes to spend time with family before their immigration hearings, rather than remaining detained, you will need a delivery bond.

To get that delivery bond, the detainee must meet certain requirements. For example, the detainee cannot have been convicted of specific crimes. You will need to speak with an immigration attorney to make sure any prior convictions don’t rule the detainee ineligible for a delivery bond.

Additionally, ICE needs to set a bond. Again, you will need an experienced immigration attorney to push for this if the department fails to do so, or even if they set the bond too high.

This is the less common form of bond because it means the detained party agrees to leave the country. Of course, most people are not eager to leave their life and family behind. That’s why these are much easier to attain than delivery bonds.

Again, if the detainee does not fulfill their agreement to leave by the chosen date, the bond will cost you.

With these types of bonds, they must be paid for in cash. Anyone, however, is allowed to pay for it – even the detainee. If the detainee shows up for all of their hearings, the person who paid the bond will be reimbursed.

Unfortunately, most people cannot afford their bonds. This is why America has so many bail bonds services. The bondsman will put up the bond while the detainee or sponsoring party only pays a small percentage of it.

Because people detained for immigration reasons are seen as a potential flight risk, the full bond cost can be quite high – sometimes even as high as $10,000.

At Raleigh Bail Bonds, we understand how fragile immigration status is, and we’re here to reunite families. If you’re in need of an immigration bond, contact us immediately.