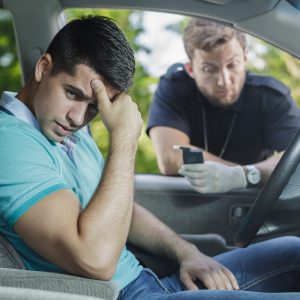 You can get charged with Driving While Intoxicated (DWI) if you are 21 or older and found driving with a blood alcohol concentration (BAC) of 0.08% or higher. Additionally, those who are under the age of 21 will be charged or their legal guardian will be charged if their BAC is anything higher than 0%.

In North Carolina, by driving a vehicle you have already given consent to submit a BAC test to determine whether the amount of alcohol you have consumed was or was not over the legal limit. Refusing to take one will only lead to further consequences.

Will I Be Required To Serve Jail Time?

Yes, you will be sent to jail. How long you need to stay however, will depend on whether you have had any previous offenses involving drinking and driving.

Any prior DWI or DUI convictions will remain on your record and will be counted against you for up to 7 years in the state of North Carolina.

Will I Need To Post Bail For A DWI?

However, those who are considered a flight risk and have had prior issues with the law may be required to stay in jail without the option of bail to ensure they cannot miss their court date.

What If I Don’t Have The Money To Post Bail?

Those who are unable to post bail and wish to be released from jail as soon as possible have the option to contact a Bail Bondsman at Raleigh Bail Bonds for help. A Bail Bondsman will pay the entire bail amount for only a 15% fee of the original bail amount. This allows you to get out of jail immediately for a much more affordable price.

Additionally, we at Raleigh Bail Bonds offer flexible payment plan options for bail at $10,000 or higher to ensure you can pay our fee at a pace that works for you. We understand that you don’t have that kind of money lying around nor do you want to spend your time in a jail cell rather than with loved ones. That is why we are committed to helping you out of that jail cell and trust that you will do the right thing.