Home bail Raleigh What When You’re Arrested On Domestic Violence 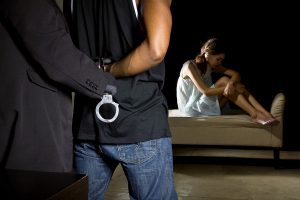 Unlike with most minor crimes, there is a special statute in place when it comes to handling the pre-trial release of individuals accused of domestic violence in the state of North Carolina. This begins with the individual being held in custody for either 48 hours or until they can be seen in front of a District Court judge.

However, there are some rare exceptions to the 48 hour rule. If the individual who has been arrested for domestic violence has only a minor charge and no prior criminal record, they may be able to have a pre-trial release. Still, it is important to note that this individual will still need to check in with a member of the pre-trial release program at least once a week.

Whether you are able to be put in the pre-trial release program or have stayed the required 48 hours in jail already, there is still a bail to worry about.

Bail is used as a way to allow an individual suspected of a crime to be released from jail before their court date. This is considered a way to trust that you will be responsible enough to show up for your date regardless of being released. However, those who still fail to show up will miss out on their bail money being refunded back.

Even if you are an upstanding citizen who would never dream of missing your court date, not everyone can afford the bail. Thankfully, with Raleigh Bail Bonds you have another option; bail bonds.

Here at Raleigh Bail Bonds, we will pay your bail for only 15% of what the bail costs you so you can return to your loved ones as soon as possible. We know that everyone makes mistakes and we are committed to giving you an affordable and flexible option during this rough time in your life.