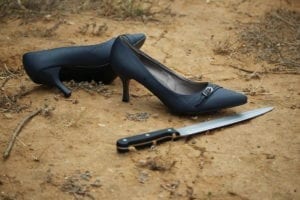 Have you or someone you know been charged with a domestic violence felony in North Carolina?

The situation may be stressful, but it’s important to stay calm. Educating yourself on what occurs when someone is charged with a felony can let you know what to expect.

It’s important to note that bail amounts, specific charges, and jail time can all depend on the severity of the felony. But we can help you know some basics domestic violence charges that can be helpful.

It’s important to know that a domestic violence felony doesn’t necessarily need to be between a man and wife.

Domestic violence charges can occur because of conflicts between parents and children, other family and household members, and same-sex couples.

Typically domestic violence charges are built on assault and battery charges, but other crimes like kidnapping, sexual assault, and rape can be involved.

Acts of violence that result in serious injury or the death of the victim can make a domestic violence charge a felony. Using or threatening harm with knives, guns, or other weapons can result in a felony charge.

Misdemeanor charges usually don’t result in hefty legal consequences. Most only result in a fine, probation, and possible jail time that usually doesn’t amount to more than a year.

Felony charges are different and tend to have much more serious consequences. New laws in North Carolina have already made tough sentencing laws even stricter.

Depending on the severity of the crime, incarceration in a North Carolina or federal prison facility isn’t out of the question. Incarceration time will usually be longer than a year, and will typically be followed by probation.

Being found guilty can have consequences that go beyond jail time and fines. You may be unable to hold certain jobs with a felony. If you have children you may lose custody of them, or have your custody order re-written.

Victims may also choose to file a civil lawsuit after a hearing to be compensated for legal fees or medical bills.

If you or someone you know has been arrested for domestic violence and face a felony charge, you may be wondering if bail is a possibility. Unfortunately, there’s no simple answer for that.

Bail being granted depends on a variety of factors. People who are charged with a more serious crime like attempted murder or rape may not be eligible for bail.

Non-domestic and non-felony bails are typically posted within 48 hours of the arrest. Domestic felony bonds can take longer if they’re posted at all.

Agreeing to go to counseling or house arrest until the trial can help improve someone’s chances of getting bail, but doesn’t guarantee it.

The bail amount for a domestic violence felony can be high, but that doesn’t mean that it’s impossible to pay for.

Get in touch with us today so we can help you post bail. Also be sure to read our blog so you can learn about other important bail and legal issues in North Carolina.