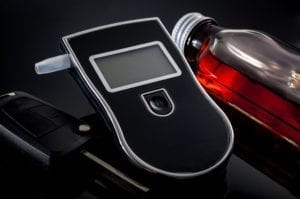 There’s nothing more stressful than seeing red and blue lights flashing up ahead at a checkpoint.

These checkpoints are traditionally setup randomly or during particular holidays, like Halloween. To ensure that you have not been drinking, the officer may ask you to perform standard DUI tests.

To prepare you for the possible, this article sheds light on the three most common tests and what you can expect.

When faced with a sobriety field test, the most common test that a driver’s asked to perform is the One-Legged Stand test.

This test operates like its name suggests. To begin, the officer will ask the driver to stand, shoulder-width apart. The driver will then be asked to lift one foot forward, around eight inches off the ground, toe pointing towards the sky.

The driver is to keep steady with their hands by their sides and eyes staring at their elevated foot for thirty seconds.

The purpose of this test is so the officer can look for clues of impairment. The biggest clue is difficulty maintaining balance which can be expressed by failing to hold the foot for the full thirty seconds, hopping in order to hold balance, or flailing arms for balance.

Unlike the other DUI tests, the Horizontal Gaze Nystagmus requires no movement except for the eyes.

The object will begin in the center, smoothly moving from side to side until the object is out of the driver’s peripheral vision.

During this test, the officer is looking for a few things. If the driver is unable or unwilling to keep their head still, that is a tell-tale sign of impairment.

Additionally, the driver will also be looking for physical characteristics of the eyes, known as Nystagmus.

Nystagmus is the involuntary twitching of eyes. While it can be caused by numerous things, the most common is intoxication. During this test, Nystagmus typically occurs when the eyes are looking at a 45-degree angle from the center of the face as well as when the eyes attempt to look past their peripherals.

Finally, the Walk and Turn test is the field sobriety test we’re most familiar with. We’ve seen it in movies and on television, often performed incorrectly.

Next, the officer will instruct the driver to take nine heel to toe steps along the established line. Once the nine steps are taken, the driver’s front foot should stay in place while the other foot takes tiny steps around in a half circle until the driver has turned 180 degrees to take nine more steps back towards the starting point.

Similar to the other field sobriety tests, the officer will be looking for clues pointing towards impairment. A few of these clues include:

If the driver fails the test or refuses to do the test entirely, the officer will be forced to take action and the driver should begin planning what to do after a DUI arrest.

What to Do If You Fail the DUI Tests

Have you or someone you known failed a DUI test in Raleigh, North Carolina.

Take action and contact one of our experienced attorneys. Our office is available 24 hours a day, seven days a week.