Home Bail bonds history How Did Bail Bonds Start and Get to Where They Are Today? 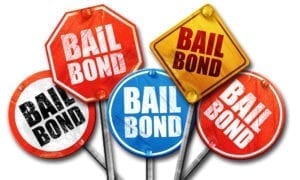 Have you ever wondered how bail bonds got started?

Bail bonds provide people charged with crimes new life. They help people in legal trouble get out of precarious situations, no matter their financial situation.

The origins of bail bonds go back at least several hundred years. But what’s more interesting is the evolution of this longstanding legal payment. Bail bonds look much different today than they did even a few decades ago.

There’s no shortage of quality bail bonds companies. But how did it all begin? Keep reading to find out more about the history of bail bonds and why we have them today.

The History of Bail Bonds

Bail bonds are not a uniquely American entity. In fact, their origins predate America.

Bail bonds date back to at least 13th century England. Back then, class division was unfairly impacting poor people charged with crimes. Only rich, land-owning individuals were able to pay off their crimes.

As a result, bail bonds became a common commercial practice. Bondsmen started taking a percentage of bail and paying off the rest for someone on trial.

It wasn’t until the 17th century that England laid out provisions for bail bonds. The Habeas Corpus Act of 1679 created rights and liberties for all.

The Bill of Rights of 1689 further outlined the terms of bail bonds. This bill prohibited the use of excessive bail, fines, and cruel and unusual punishment.

Americans inherited the English bail bonds system. Though it’s been part of the fiber of the American judicial system, bail bonds have gone through quite a few changes.

The first legal provision regarding bail bonds came with The Judiciary Act of 1789. This act made bail accessible to anyone not charged with a capital offense. However, judges could offer bail to those charged with crimes punishable by death.

It wasn’t until 1966 that bail bonds finally began to change. That’s when Congress passed the Bail Reform Act. This law gave all non-capital defendants the right to be released on a bond and helped curb discrimination.

This gave poor defendants a constitutional right to bail. However, judges could still refuse to offer bail if they viewed defendants as flight risks.

This law went through several amendments in the coming decades. The most notable was the Bail Reform Act of 1984.

This bill aimed to close a loophole that let violent criminals walk free as they awaited trial. The reform made sure that dangerous defendants were jailed until trial.

That’s not the only notable part of the Bail Reform Act of 1984. It was a momentous piece of the history of bail bonds.

It helped create specifications for people who should not receive bail. New categories emerged for violent and repeat offenders. This helped curb crime and keep dangerous criminals off the street.

There’s no denying that bail bonds have a storied past. They’ve gone through significant change since emerging in 13th century England. Today, bail bonds are a vital part of our modern legal system.

Are you looking for bail bonds? We can help. Contact us for a free consultation today.