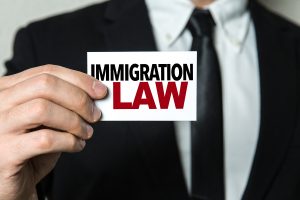 Being arrested is already a frightening experience. For a non-citizen, this can be especially terrifying and could cause you to be placed on immigration hold even if it had been a minor charge.

For those non-citizens placed on immigration hold, they will need to be held for an additional 48 hours after posting bail or after having been released. During that time, the non-citizen will be surrendered to immigration custody which can be damaging for their immigration status.

The best thing you can do as a non-citizen in jail to avoid being put on immigration hold is to call an immigration attorney as soon as possible. An immigration lawyer will have the experience necessary to know how the system works and how to secure release quickly in order to prevent the hold from taking place.

However, an immigration lawyer isn’t the only one you should be contacting!

If you are unable to post bail and need to be released immediately to prevent an immigration hold in the Wake County area, you should contact Raleigh Bail Bonds to get you the bail money you need now.

For only 15% of what the bail would’ve cost you, Raleigh Bail Bonds will have the bail paid in full so you can be released as soon as possible. For bail bonds relating to immigration will require 100% collateral in the form of cash or real state property.  Motor vehicles can not be taken as collateral.

We understand how scary it is to have your immigration status be put on the line and so we are committed to providing you with the 24/7 bail bond services you need to get back home safely.