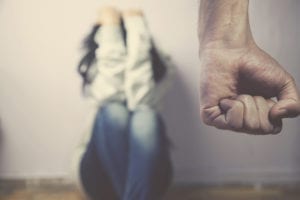 But what, if anything, does it mean for your sentencing and what does the law state? Read on for full details on Britny’s Law and how its introduction may dramatically alter your sentencing.

Britny’s law is a new law that calls for the stricter sentencing of those accused of a domestic violence act.

Britny Puryear was a young woman who lived in Fuqua-Varina, NC with her boyfriend of four years. The two had a tumultuous relationship at best, often getting into fights.

The trouble began when Puryear’s parents began noticing patterns of abuse. One evening, after a particularly explosive argument, Puryear’s boyfriend, Logan McLean, shot Puryear in a fit of rage.

Puryear was killed, and the couple’s five-month-old child was said to be in the apartment at the time.

McLean was arrested and a trial date was set. After months of hearings and arguments, a judge found McLean guilty of second-degree murder. The punishment is up to 32 years in prison, as well as a nearly $7,000 fine.

Puryear’s parents weren’t satisfied with the charges, arguing that McLean should’ve been convicted of first-degree murder instead of second-degree murder.

Along with the North Carolina Coalition Against Domestic Violence, the parents worked with lawmakers to change how courts heard cases involving a domestic violence act.

It’s important to understand not only what this new law does, but what changes it brings. Namely, it makes it far easier for those accused of domestic violence to be charged with first-degree murder.

Let’s take a closer look at the differences between first and second-degree murder.

First-degree murder typically requires evidence that a violent act was premeditated. Sentencing may be far more drastic, resulting in life without parole or even the death penalty.

What Does Britny’s Law Mean for Those Accused of a Domestic Violence Act?

Here’s where things get tricky. Britny’s Law makes it easier for abusers to receive charges of first-degree murder, but not without a caveat.

These charges only apply to abusers with a criminal record. That means that, if this is the first accusation you’ve faced, you’re unlikely to get charged with first-degree murder.

If you or someone you know is accused of a domestic violence act, contact a lawyer immediately. You should also seek the assistance of a bail bondsmen, who may be able to pay your bond.

Every moment counts, so don’t wait. When trouble occurs, get in touch with Raleigh Bail Bonds, open 24 hours a day for your convenience.