Home bail Raleigh Should You Send Money To An Inmate? 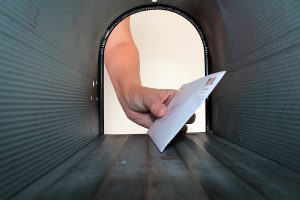 There may come a time where someone that is close to you, either a good friend, or an actual family member, such as spouse or child may be arrested and charged, then sent to jail. In such instances, if there are no criminal charges, you’ll probably want to start thinking about pulling together whatever funding you need to post bail and get the person you care for out of jail.

Under ordinary circumstances, Wake County bail bonds from a professional bail bondsman is your best chance at resolving bail obligations quickly and efficiently. This is even true in situations where you may not even live in Wake County, but your child, for example, goes to school in the area and has run into police trouble. In these situations, seeking out bail bonds in Wake County are the perfect way to start arranging for someone’s release while you take care of the logistics for an emergency visit to the county.

The Reality Of Bail

One of the things that needs to be understood when it comes to dealing with something like an arrest is that you are now dealing with the law, and a person who has been charged with breaking that law. This means that there are rules in place, and those rules are inflexible. If you are not a lawyer, you will only be able to see the person charged during visiting hours, until the bail that has been set has been paid.

If you’re not using professional bail bonds in Wake County to speed up this process, then until you can gather the appropriate funds—or collateral—the person arrested must await the date for trial in jail. While this means that the basic necessities such as food, shelter and clothing are taken care of, this does not mean that there’s no use for traditional finances like money. Inmates can—and do—spend money on certain things, and if you like, it’s possible for you to give money to a friend or family member that is spending time in jail.

Long term inmates have the option of taking on jobs with salaries that allow them to purchase items from a jail commissary, or even shop. In most of these instances, the spending money is for small, quality-of-life items, such nicer food for one meal, or better quality soap, toothpaste or other small comforts. Inmates are also allowed to maintain hobbies, for which the materials can be purchased.

So, in fact, there’s still an active economy for smaller items that can be legally purchased by inmates while in jail. However, only long term inmates usually have the option to taking on jobs with salaries. For someone that is not in this position, the only real option for additional funding comes from the outside, with friends and family.

How To Give Money

Inmates have trust accounts assigned to them from which they can access any funds that are given to them. You have a few options when it comes to sending funds to an inmate. You can drop the funds yourself at an assigned deposit kiosk located in the John H. Baker Jr. Public Safety Center. You can mail a check or money order, provided that the inmate’s full name is used. You can also send the money remotely, either through a telephone call transfer, or use your computer and make an Internet transaction.

With a phone transfer, there is a $4.95 fee incurred with the transaction, and only $20 per week can actually be sent in this way. For Internet transactions, no such restrictions exist, and you have the same flexibility as you would using a mail order or check.

With a kiosk deposit, phone call, or Internet transfer, the cash is immediately deposited in an inmate’s trust fund for use at his or her own convenience. Checks and money orders take approximately 14 days to process before being cleared through banks and deposited in the trust fund.

If you’re trying to post bail on your own, it can take some time, and this means the person you care about spends more time in jail and out of touch with their old life. In such instances, it’s understandable why you would want to send money, and if someone has been convicted and must serve a sentence, the act of sending money can be both uplifting and compassionate.

But if a person is just awaiting a trial date, then you’re advised to get them out as quickly as possible. If nothing else, preparing for a court case is easier to do out of jail than inside it. Get bail bonds in Wake County to speed up the process of getting your friend or family member out, and concentrate on the things that matter the most.