Home bail bonds Raleigh What Does Bail Bond Forfeiture Mean for You and the State? 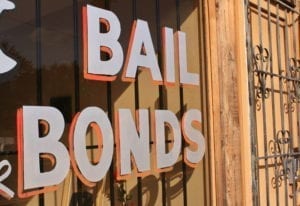 Overcrowding in North Carolina jails is a major problem. In efforts to address this dilemma, authorities transfer some convicts of misdemeanor criminal offenses to county jails. But the effort to decongest state prisons is leaving county jails with more prisoners than its facilities can accommodate.

Raleigh county jail in Wake County even had to deal with riots because it was packed with inmates. Imagine if the justice department didn’t have bail bonds in North Carolina.

You’re not the only person benefitting from posting bail. Naturally, no one wants to sit in a cell too long, or at all. But bail also helps the state and its counties save money from housing prisoners.

The North Carolina Department of Public Safety reveals that the daily cost per inmate is $79.46, for minimum custody, $89.78, for medium custody, and $106.92, for close custody. On an annual basis, the state spends an average of $32,594 for housing a prisoner. Meanwhile, bails and fines help the state gain revenue, which, according to the law, goes into funding public schools.

You’ll forfeit bail when you fail to appear for a hearing. If you put up collateral as bond, the court can sell it to obtain cash. If you used a bail bond agency, the agency loses the guarantee put up on your behalf. But failure to appear at a hearing is not the only factor that forfeits your bail. Individuals can expect forfeiture when hiding from bail bond agencies in North Carolina.

A recent revision in the statutes governing bail bondsmen clarifies what “hiding from surety” entails. This now includes failure to communicate with the surety or bond agent, as set forth in your agreement. If your bond contract requires you to respond to phone calls within a certain period, it’s in your best interest to follow this agreement.

Failure to meet contract obligations with your bond agent not only means bond forfeiture. Without a valid reason for your “disappearance,” the court can issue an arrest warrant, and you may have to face additional prison time.

Jail time is unfortunate. But with bail bonds, you can get temporary freedom. Follow the conditions of your pre-trial release and you will avoid further trouble.

If you need help with bail, our friendly staff will take you through the process. Call us today.