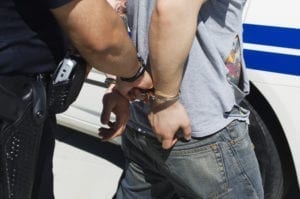 Because of its centrality in getting to the northeast, south, or west coast, North Carolina sees anywhere between 30-40,000 drug trafficking arrests a year.

If you or someone you know has been arrested and charged with one of these crimes, you could feel like you have limited options. Thankfully, you can get a bail bond for a drug arrest.

With so many recent changes in drug laws, people are arrested for drug trafficking for a variety of reasons. People could be traveling across state lines with necessary medication and arrested. You could even be charged if you’re a passenger unwillingly riding along with someone trafficking substances.

Thankfully a bail bond can keep you out of jail while you await a trial following a drug arrest. Here are 3 things you need to know when you’re looking for a bail bond for yourself or someone else.

1. Drug Arrest Bonds Can Be Costly

If you’re a repeat offender, especially for drug-related offenses, you could get hit with a very high bail number. Often the number runs in the hundreds of thousands, because of the frequency that people accused of trafficking have fled authorities.

States like North Carolina try to crack down by setting extremely high prices. Family and friends must then come up with 15% of that high number just to get a bail bond. If a family isn’t rich or doesn’t have much collateral in wealth, they could fail to come up with that amount, leaving their loved one in jail.

You’ll need to speak with a bail bondsman to figure out what assets could be put up as collateral. In the end, you might still have to pay some money for the office to issue the bond.

2. Trafficking Has a Broad Definition

In North Carolina, trafficking laws are different than even neighboring states. During a trial, the prosecuting attorney doesn’t even need to prove that the accused had an intention to distribute drugs. Trafficking is based on the amount of drugs in possession of the accused.

For people who are carrying opioids, for even personal use, they might only have a month’s supply of pills. However, they could end up getting charged with drug trafficking nonetheless.

Be aware that the price will be higher for trafficking than for a simple possession.

Every detail of the arrest, the intention of the accused, and every piece of evidence that follows can affect the outcome of the case. Get legal counsel immediately following an arrest.

Even the way police obtain evidence could impact the result.

A Drug Arrest Bond Can Vary

If you get legal counsel soon enough, you could argue the price of your bail down. This will allow you to get a less expensive bail bond and get your loved one home quickly. Each moment counts so you need to act fast.

If you’ve got other questions about what to do following an arrest, contact us for tips and strategies for dealing with different types of cases.